Mass Vaccination II at the Best Universities I in South Sumatra Successful Technocrats, City Government and TNI Say Thank You 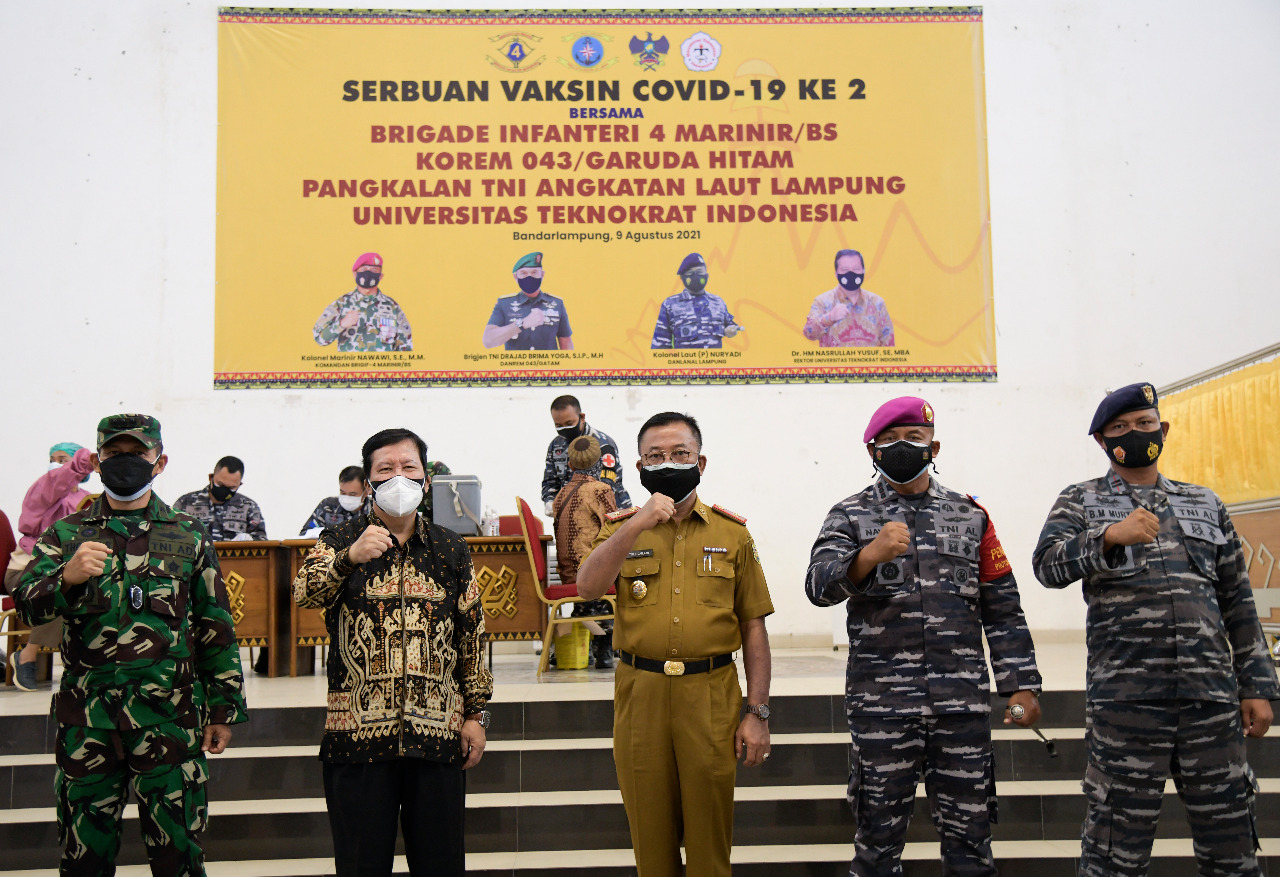 The Simultaneous Vaccine Invasion Program carried out by the TNI today took place at the Indonesian Technocrat University. This is a vaccination

second after last month was also held at the best campus in South Sumatra.

Since morning, local residents, students, and coastal communities in Bandar Lampung have lined up in an orderly manner to be vaccinated.

The Commander of Brigif-4 Marines/BS Colonel Marine Nawawi, SE MM, said this program is part of the national movement of 1 million vaccines organized by the Indonesian government.

TNI and Polri, said Nawawi, carried out this activity to support communal immunity in Indonesia, especially in Lampung Province.

Brigif-4 Marines/BS itself last month carried out the vaccine, which was followed by the community on the islands of Bandar Lampung and Pesawaran. Nawawi explained that the personnel went directly to the islands to vaccinate the community.

Nawawi said that today’s activity was in collaboration with the Indonesian Technocrat University. The reason is that this campus has a representative multipurpose building to carry out mass vaccinations.

In addition to students and local residents, coastal communities are also included. They will undergo vaccination to create herd immunity or communal immunity.