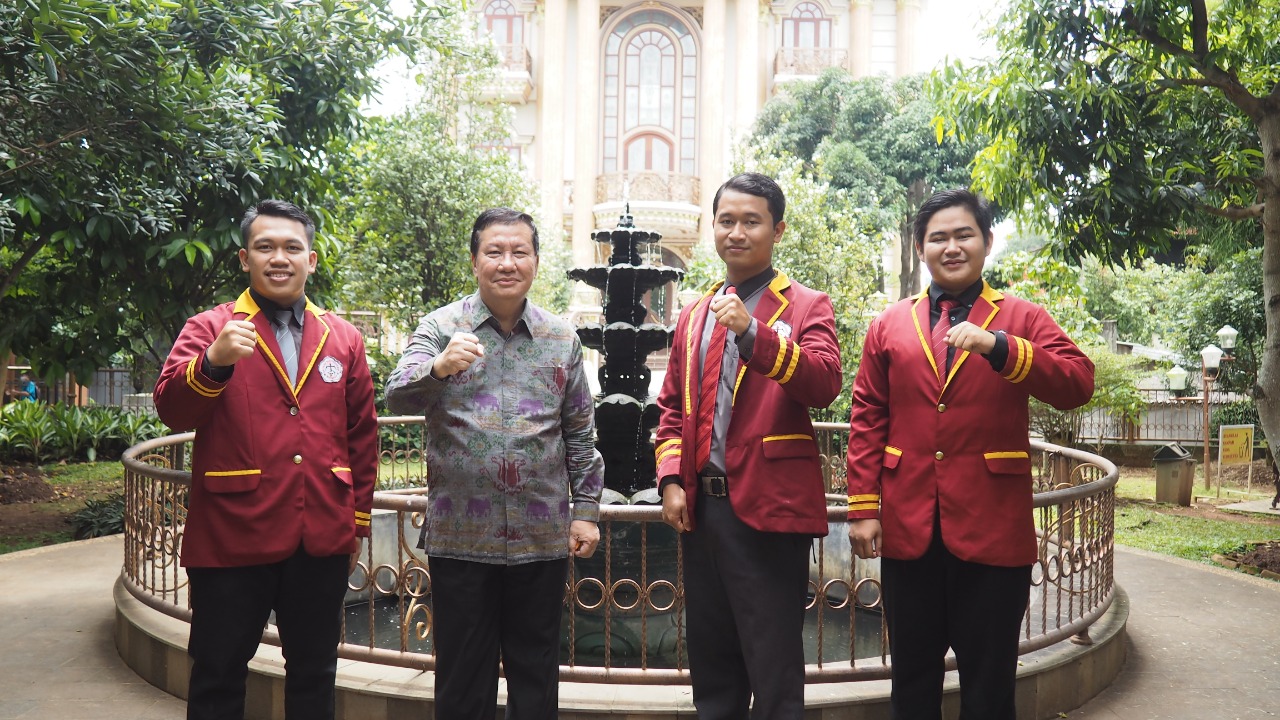 Bandar Lampung, – Students of the Indonesian Technocrat University (UTI) as one of the Best Private Universities in Lampung won second place in the 2020 Muria Scientific Essay Competition, some time ago.

“These students won 2nd place at the National level in the 2020 Muria Scientific Competition, with the title Scientific Work Minimizing the Spread of Covid-19 with Ultrasonic ACTO,” he said, Thursday 19 November 2020.

“Although it is carried out online, the students’ enthusiasm and perseverance in competing are very maximal. So they managed to win the competition, by having successfully passed various stages of selection,” he explained.

As Team Leader, Tri Widodo admitted that he was very proud to be able to win second place nationally. And able to make the name of the Indonesian Technocrat University proud as the Campus of the Champion.

“We struggled through the selection stages which were followed by various well-known universities, starting with the creation and delivery of essays for 2 weeks in last September, and making presentations on November 15, 2020,” he concluded.