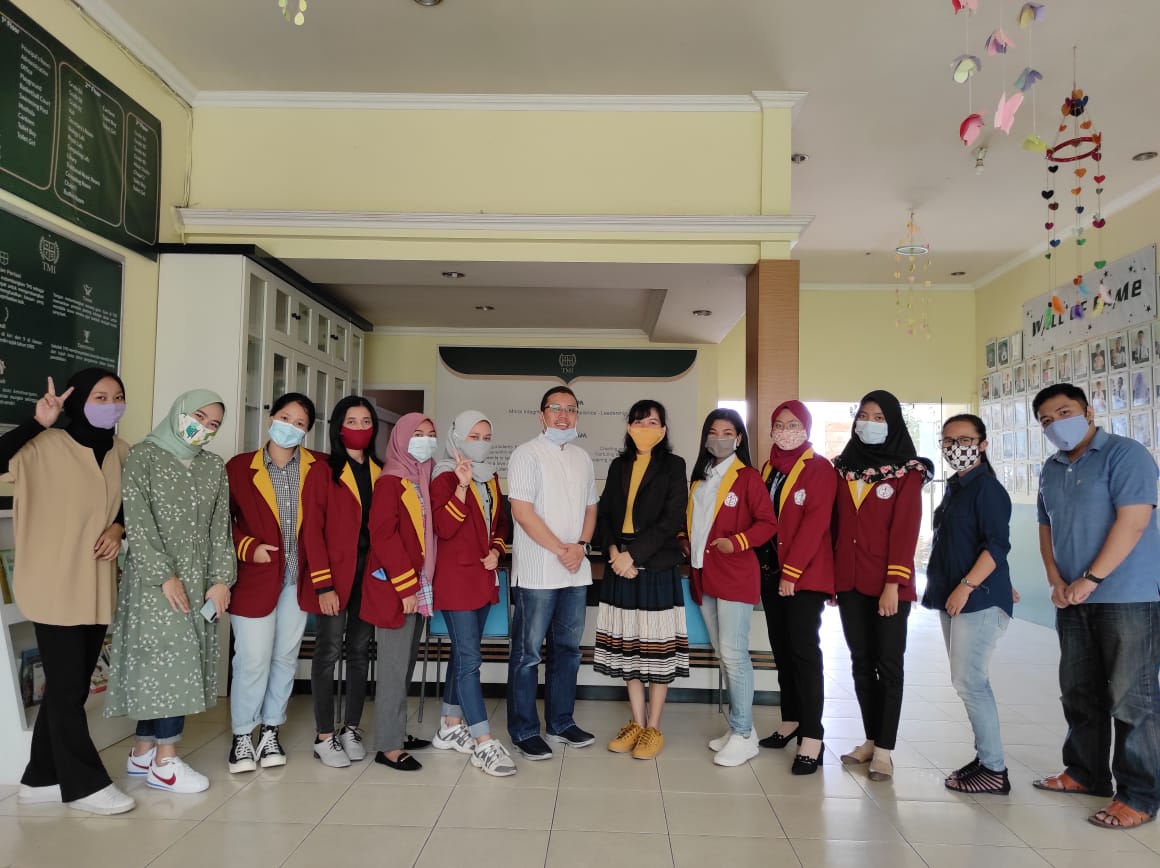 Bandar Lampung, – As the Best Campus

in Lampung Province, the team of lecturers and students of the English Literature Study Program at the Indonesian Technocrat University has always been active in the implementation of the Community Service (PkM) program.

This time, the PkM English Literature Technocrats team who received a grant from the Indonesian Technocrat University (UTI) carried out a virtual storytelling slide and sound introduction activity at SD Tunas Mekar Indonesia on November 14, 2020.

During the pandemic, virtual storytelling is an alternative choice for race organizers. The activity was carried out in two sessions, namely a slide and sound introduction session guided by a team of lecturers, Dina Amelia, M.Hum., and Ely Nurmaily, M.Hum. and eight UTI English Literature students.

Meanwhile, during the training session, the students took an active role in contributing their stories. PkM partners gave a positive response to these activities because they are also active in English competitions and UTI is very experienced in training various branches of competition, especially English and won various competitions up to the international level, so it is known as the campus of the Champion.

PkM partners expressed their gratitude because they had received useful information for their students and hoped that the collaboration would continue in the future.